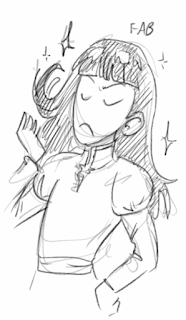 One of the characters from the aforementioned dragon story; this is a water dragon who has gone into human disguise as a member of the French court and become somewhat of a ladies' man who doesn't have time for your heroic quests that might mess up his hair thankyouverymuch. The Persian shadow dragon will have to remind him what it means to be a real dragon. 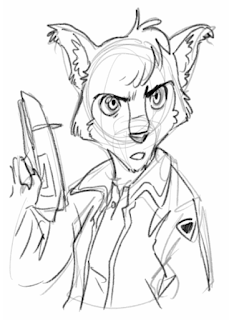 Pre-pre-production sketch of Renny from Blue Diver! She, Kee, and Mireya are actually old character design concepts that I came up with in college, but I didn't actually have a plotline to go along with them. When I began to piece together the plot for Blue Diver, I realized they fit perfectly! 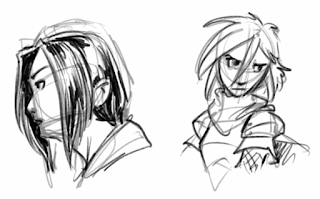 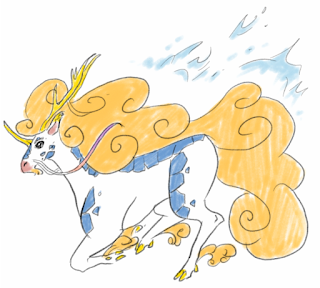 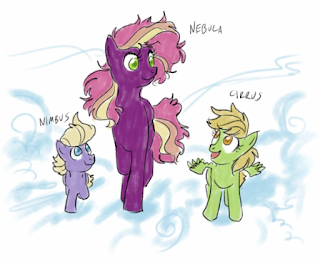 Concept sketch for General Ironclad's sister and her foals from one of my My Little Pony: Friendship is Magic fanfics that I will put on the blog eventually. I just really wanted Nebula to have like 80's rocker hair.