Concept sketches for a new My Little Pony fanfic idea I've been putting together! And by My Little Pony I mean Equestria Girls, because, gotta love canon alternate universes! It just opens up a whole new can of worms. 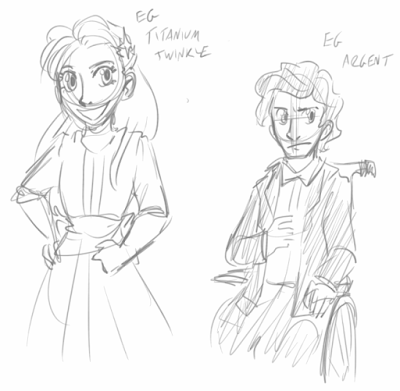 So, without giving away like the entire story, Radiant Dawn's and Ironclad's foals Titanium Twinkle and Argent travel to the EG universe for crazy human adventures. Except, this story takes place a hundred years before the show, so everything is Edwardian! Turns out when a unicorn-turned-alicorn and a pegasus get married, they have some oddball foals--Titanium is a brash, outgoing, spunky unicorn, and Argent is an introverted, thoughtful pegasus. Also his wings don't work in Equestria, which apparently translates in the EG universe into needing a wheelchair.

Nightwander is a freshman at Canterlot Senior High School who quickly latches on to the siblings, especially because Titanium Twinkle won't stop talking about a magical land full of rainbow-colored ponies and other fantastic sundry. Nightwander is a sort-of member of the school's fantasy club who wishes magic really existed in her world... and she'll go to great lengths to try to make it happen.

Well, I'm excited for this story, so hopefully it's something I can work on soon!
Posted by T. Arispe at 9:51 PM No comments: 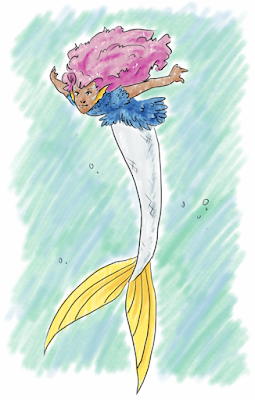 One of the girls I teach at church asked me to draw a mermaid. I guess she's kind of a yellowfin tuna mermaid?
Posted by T. Arispe at 8:27 PM No comments:

Until we meet again 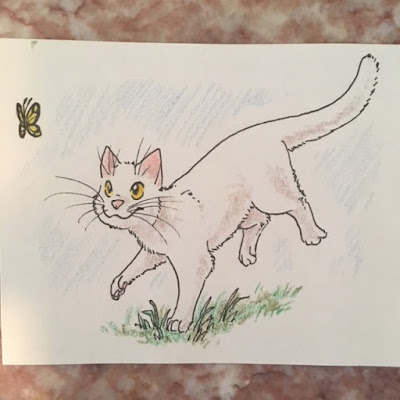 This precious little boy finished his mortal sojourn in an imperfect body and is now chasing bugs and destroying furniture in heaven. I can't wait to see him again, when he'll actually be able to hear all of the ridiculous nicknames I called him and the silly little songs I sang to him that (literally) fell on deaf ears.

But I know he could feel them in his heart. 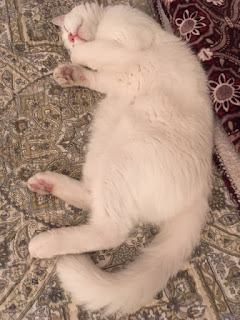 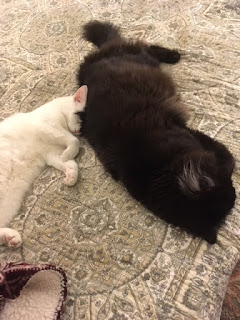 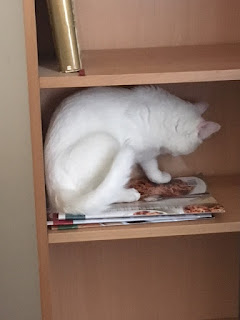 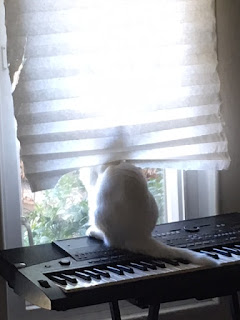 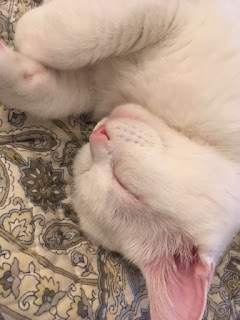 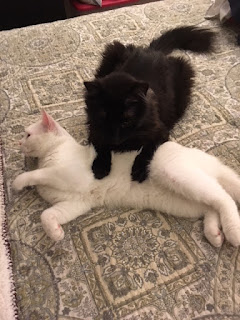 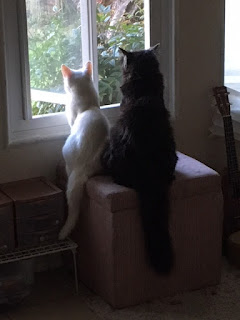 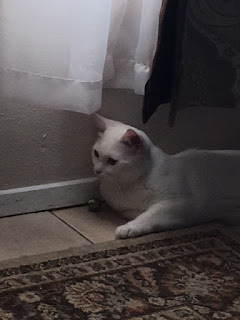 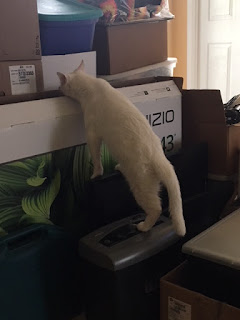 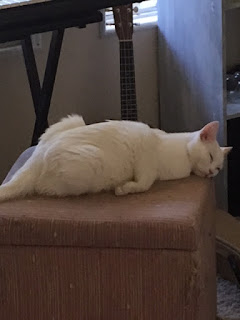 (He did that job on the window shade himself.)
Posted by T. Arispe at 6:02 PM No comments:

This past week, Neopets held a creative contest on their social media channels, and I decided to join in on the fun! It was like four mini Random Contests! Now that the contest is over, I wanted to share my entries:

Day 1: Create your own trophy!

"It's earned by doing something to serve and/or protect Neopia, such as fighting for the good guys in a war plot (although we haven't had one of those in a while, so maybe it's retroactive?), donating a lot to the Charity Corner, or even being helpful on the Neoboards.

(In-universe, you probably get this trophy for being a super cool hero in any capacity, including great deeds of kindness and charity!)" 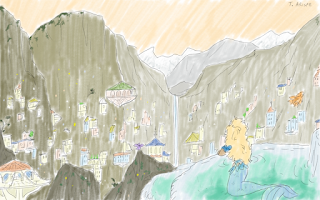 Day 2: Create your own Neopian land!

"Tucked into a valley in the mountains between Shenkuu and the Haunted Woods, the Fae Refuge is inaccessible to land-bound creatures due to the steep cliffs surrounding it, and copious amounts of magic laced throughout the place to make sure no one would ever find it. It is unknown even to Fyora.

As for the origins of the Fae Refuge, thousands of years ago, before Fyora's ascent to the throne, there were multiple faerie wars that devastated Neopia. Those faeries who did not wish to fight, or grew tired of the wars, sequestered themselves in this valley, cutting off all contact with their sisters and with Neopets, and there they remain to this day... unless adventurers discover them."

I wanted to branch out from the "base a land off of a historical culture/motif" thing, and think about what kind of areas would make sense in Neopia as a whole (especially working from my headcanon, hehe). Annnddd of course now I actually want to write about this place... what have I done. :) 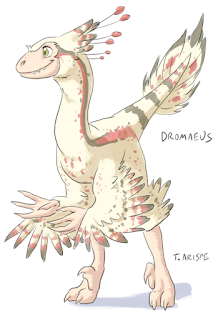 Day 3: Create your own Neopet species!

"Okay, so, as a paleontology nerd, Grarrls kinda drive me bananas with how they only vaguely resemble actual theropods. So for #MyNeopet, I decided to give Neopia the scientifically accurate saurian species it needs! Complete with fluffy feathers! :)

Dromaeuses hail from the Tyrannian highlands, where they live in their own tight-knit civilization. They are very clever Neopets who are always inventing things and making the most of Tyrannian-level technology. They use the big claws on their feet for additional dexterity in manipulating objects, essentially giving them three hands (or four, if they're sitting down and have both feet free). They use the feathers on their head and tail to signal to one another, and the positioning of a Dromaeus's feathers is the most helpful indicator of their mood.

Like Xweetoks, Dromaeuses are usually primarily one base color, while it is their accent color that changes when they are painted with a paint brush. For example, this is a red Dromaeus."

Seriously though, Grarrls look like a child's drawing of a T. rex from the 50's and it kinda makes me cringe. That, and how... ungainly Chombies look made me yearn for a sleeker, more modern saurian Neopet species.

Also, proof positive that dromaeosaurs can be cute. :) Take that, Jurassic Park! 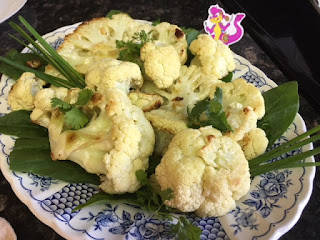 Day 4: Create your own Neopian food!

Long ago, a Meridellian princess who was fond of Petpets decided she did not want to eat the roasts placed on her family's table every night. The palace cooks had no alternative recipe ideas, so they traveled to Illusen's Glade to ask the help of the earth faerie and her followers. Illusen showed them a wondrous plant that was just as hearty and satisfying as meat, instructed them on how to cook it, and gave them sprouts of herbs that would complement it well. Now, this roast is a staple at every Meridellian royal feast so there will be something for everyone. :)

I used a cauliflower steak recipe found here: https://www.allrecipes.com/recipe/239042/roasted-cauliflower-steaks with a garnish of spinach, chives, and cilantro.

I was already planning on making this for lunch, so when I saw that the day's contest was about creating a food, I decided to dress up my meal and have some fun with it. I also couldn't resist adding a little paper cutout of Blynn.

Well, that was fun! I hope this is something Neopets does again in the future. I think it's great when they interact with their users via social media like this--many players are quite creative and I think they must enjoy these activities as much as I do.
Posted by T. Arispe at 9:12 PM No comments: 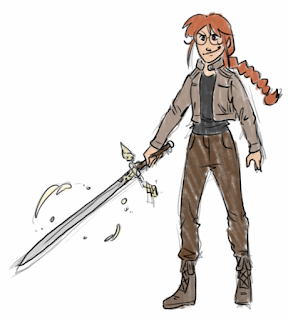 Playing around with costume design for "Shadow Play" Terra. Arrrggghhh I can't decide which jacket I like better... I'll just say she packed both. Yeah. Because one can never have too many cool jackets.

Probably a bad idea to mess with someone with a leather jacket and a sword. Just sayin'. :)
Posted by T. Arispe at 10:08 AM No comments: 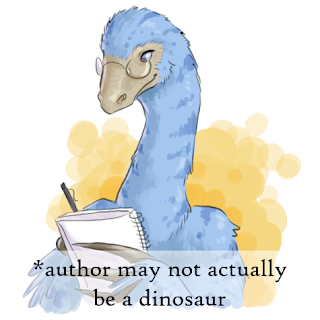 Decided to spiff up my Facebook author page with a custom profile image. I have to admit, one of the nice things about being both a writer and an artist is that I don't have to pay people to do graphics for me. Also I can make stuff look exactly how I want.

I have a running joke about being a Therizinosaurus. It's hard for me to play favorites with dinosaurs, but I think therizinosaurs are kinda underappreciated. They were these big, (presumably) fluffy, lovable sloth-dinos with an interesting combination of physiological features. I've always been an advocate for therizinosaur awareness.
Posted by T. Arispe at 12:30 PM 2 comments:

Yep, I finally jumped on the bandwagon and made an official FB author page, separate from my personal page which is very boring anyway. :)

If you use FB a lot and want to get updates on my novels on your FB news feed, please feel free to Like the page!
Posted by T. Arispe at 3:03 PM No comments:

First off, yes, I finished "Shadow Play!" It came in at 50,000 words, give or take a few. So I met my July NaNo goal! NaNo-ing is fun when you're working on a project you enjoy. :) My Neopets-stuff editor is looking at it right now, and then... everybody will have to wait another six months to actually read it. :)

Buuuut to make up for that, I have more awesome news! I spoke with my novel editor yesterday and she told me that she's going to get her notes on The Voyage of the Kaus Media back to me soon! Ahhhh I'm so excited! I've been re-reading the first draft, and I still think it's good, and filled with feels, and Jadia and Menlo are great. I'm going to finish and publish it ASAP--not sure exactly when that'll be, but it feels good to know that I can make more progress on it soon.

Stay tuned for more! I have some fanfic ideas I've been bouncing around, so I'll see when I can get to those. Right now I'm a little burnt out on writing. :)
Posted by T. Arispe at 1:06 PM No comments:

Email ThisBlogThis!Share to TwitterShare to FacebookShare to Pinterest
Labels: the voyage of the kaus media, updates, writing
Newer Posts Older Posts Home
Subscribe to: Posts (Atom)
This is an all-ages-friendly blog!