Working on: revising Worth Fighting For

One rather major change I'm making in terms of character development is making Hyren read better--namely, making him less grumpy. Well, he's still grumpy, but he's definitely not as annoyed by his family's antics as he acts sometimes. And I also felt that it was important to establish that back when he was with Dr. Sloth's military, Hyren was not a cruel sociopath like Sloth himself--Commander Hyren's just a guy trying to do his job and look out for himself, because he doesn't really have anyone else to look out for. Meeting his future family and having to protect them and work with them helps him realize what a huge emotional void they're filling in his life, which is what the title of the story alludes to--it's the tale of how Hyren found something really worth fighting for, more than his own prestige.

I feel that these changes not only make Hyren more sympathetic - like how I revised Isengrim's character development in Worth Searching For - but make his character arc make more sense, giving a better reason for his change of heart.

Not that I don't believe cruel sociopaths can change (before I left Neopets, I actually kind of wanted to do a story about Hyren's family helping Dr. Sloth), but considering Hyren's present character and personality, I think these alterations make more sense for him as a whole.
Posted by T. Arispe at 4:21 PM No comments:


Working on: Another revision of "Worth Fighting For"

I'd love to put "Worth Fighting For" up here, but it needs a lot of work. Even though I revised it back in 2017, taking another look at it recently I realized I still wasn't pleased with it. It was still too dark and I'm pretty sure I can do better with the prose nowadays.

So I am taking this opportunity to re-revise it, because I am the author and I can do these things. :) My revisions should make it a much pleasanter read and something I'll be proud to put on my blog.

I also wanted to take the opportunity to make sure it lines up correctly with subsequent stories. For example, in the beginning during the Battle of Sakhmet, Hyren is shouting orders to his troops through his helmet, but in a later short story it's established that he actually controls them through a neural link enabled by his helmet, being able to simply think orders that get broadcast to the other mutant Grundos under his command. So in "Worth Fighting For", I'm making sure to portray that correctly--but Hyren still occasionally shouts orders just because it feels unnatural to him not to.

I also added in an explanation for why Hyren, who was originally en route to Sakhmet Palace, decided to take a detour down an alleyway to loot houses; it also gives me an opportunity to better establish his antagonistic relationship with Commander Garoo, and set up better for when Garoo betrays him shortly afterward.
Posted by T. Arispe at 5:25 PM No comments: 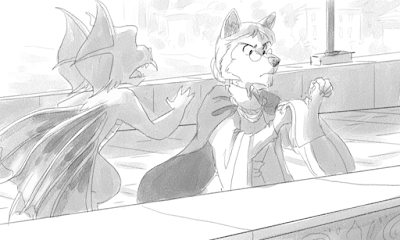 Pharazon sat on a stone bridge on the outskirts of Brightvale, staring at the river below, his reflection punctuated by falling tears.

How could he have been so stupid? He, a simple Draik who had never been on any grand adventures or done anything of note in the world, a faerie pet who couldn’t even use magic, would never have been accepted by such a prestigious institution. And the friend he thought he’d had there turned out to be horrible.

He frowned. If that was what made one a scholar, then he didn’t want to be a scholar, after all. But his heart yearned for learning. He couldn’t smother that important part of himself, could he? 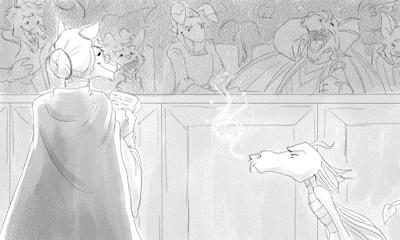 “You lied to me?!” Pharazon asked, his ears drooping.

“You promised to help me!” Celice said. “You can’t back out of this now! I need to research a faerie Draik and I don’t know when I’m going to come across another one!” She frowned. “Now’s your chance to mingle with real scholars, Pharazon. You’d hate to disappoint all of these terribly intelligent Neopets, wouldn’t you?”
Read more »
Posted by T. Arispe at 10:06 AM No comments: 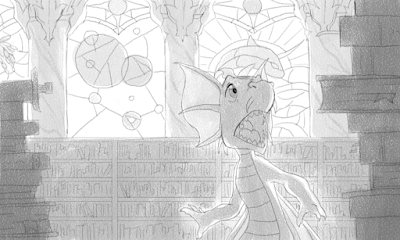 “Pardon me, is Master Seradar in?” Celice asked a passing Acara.

“I’m afraid not, Lady Anfel,” the Acara said. He was not dressed in mages’ robes, but rather in a smart tunic and trousers, his feathered cap at a jaunty angle. “He was called away on urgent business to Tyrannia by the Order of the Red Erisim.”

“Shame,” Celice said. “I’ve got everything I need to do my presentation. Would you inform the department chairs and tell them to meet me in the west demonstration hall?”

Pharazon only vaguely heard their conversation. He was too preoccupied looking around Brightvale Castle in amazement. The castle was warm and spacious, filled with light filtering in from immense stained-glass windows. Books lined the walls of every room and sometimes even spilled out onto the halls. Already they had passed through three libraries—it was enough to make the Draik swoon. Clearly King Hagan was a ruler worth his salt.
Read more »
Posted by T. Arispe at 3:33 PM No comments: