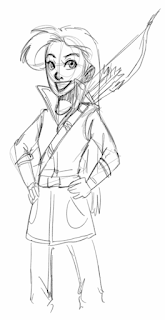 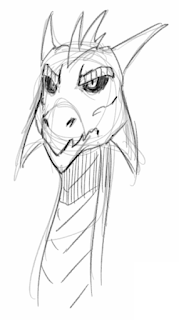 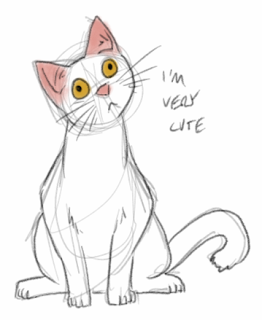 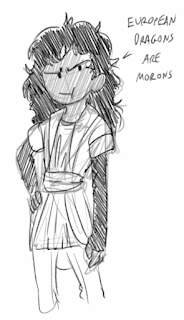 The above sketch is some concept art for a book I'd like to write someday about dragons in medieval Europe and Asia who have the ability to disguise themselves as humans. The main character is a young shadow dragon from the Middle East who has to journey to various parts of western Europe and find other disguised dragons to help her with some sort of quest or something. I haven't quite gotten the details worked out yet, but there is a djinn involved and it is basically The Arabian Nights but with dragons and rooted in real-world history. Should be fun.