More sketches, including Cotylorynchus (excuse the misspelling) which had some of the oddest body proportions of any tetrapod ever. 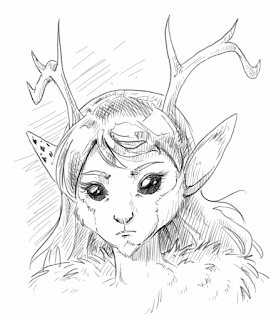 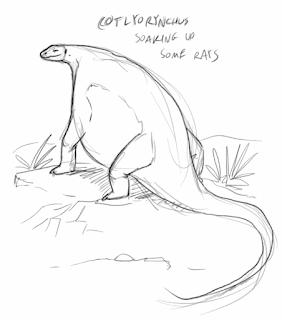 Neopets concept sketches for Blynn and for Terra's appearance in Return to Lynwood, which I will put up on the blog at some point. Return to Lynwood involves a lot of tromping around the Haunted Woods in autumn, so Terra needed some sturdy adventuring garb. From the looks of it, she probably bought most of this stuff in Meridell, which doesn't fit with the Haunted Woods's general Victorian-era vibe, but Terra doesn't particularly care about being anachronistic. 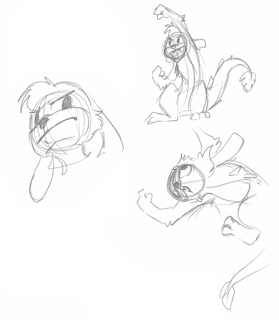 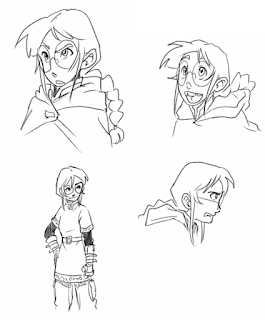