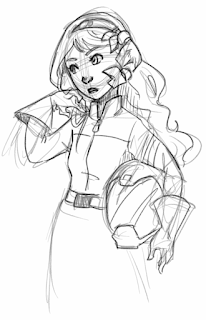 These next two are my doodly ideas as to what various Neopets species would look like if they were rendered a little more realistically and didn't look quite so cartoony. Here we have the Acara, Chomby, and Korbat. 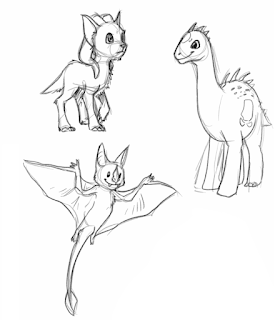 And the Ogrin and Pteri! The Ogrin is such an unusual design with no clear affinities to any real animal... so I reimagined it as being based off of Paraceratherium. Because it's never a bad time to fangirl the largest known land mammal eeeeee
Also, I would like to mention that even though I no longer play Neopets, I am aware of the current controversy over their new NFT project and I support the boycott. The entire direction of the website has taken some serious turns for the worse ever since the old team was fired, and in fact that was the reason I stopped playing in the first place. It's really unfortunate, but I believe the new owners and developers can right the ship and make Neopets a fun and fulfilling place to be again, if they stop focusing on money and start focusing on providing a quality player experience. There is no point in developing a franchise in a direction that goes against what made it so beloved in the first place. #NoNeoNFTs 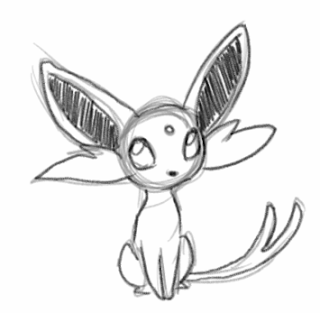