I finished that Neopets story! It came out to about 37,000 words and I think it did a great job of wrapping everything up with my Neopets cast. I'm excited to put it on the blog someday! When I am less busy with other projects.

Like novels! In anticipation of this next one, here are some concept sketches of the two main characters! Or to be more accurate, their player characters! 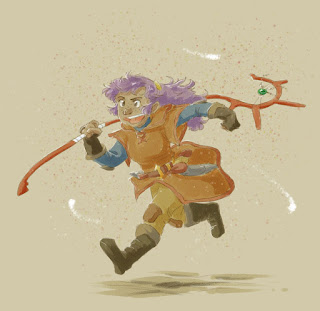 First up is Quinny, the dwarf lucent mage character of Maria Elena Gutierrez, a recent college graduate who has discovered that she actually hates her new accounting career. Whoops. To unwind from work and get her mind off of her homesickness and lack of social life, she starts playing Heroes of Avonell, a brand new, cutting-edge VR MMORPG that's touted to have the most advanced ever AI for its NPCs, to the point where you can talk to them like they're real people.

Before she can even choose a job class, Quinny stumbles upon a severe glitch and ends up in a place no one is even supposed to know about yet: the fortress of the end boss! Not that she knows that--or that all of the NPCs she's befriending are scripted to be bad guys. But they've decided they don't like their role in the game, and Quinny suddenly finds herself trying to balance real life and her increasingly appealing life in Avonell as a member of a friendly dark lord's magic personnel. And it gets a lot harder when "good guy" characters start going rogue and affecting the world outside the game. 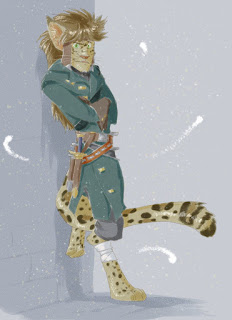 Lorik is a grimalkin rogue and the player character of Baltazar "Balt" Gutierrez, who puts way more effort into video games than into his noncommittal college education. He and his big sister Elena used to be total gamer buddies when they were younger, but then she decided she didn't have time for video games anymore because she had to concentrate on boring things like a career. Thankfully, even though she lives in another state now, Balt is able to convince Elena to join him in playing Heroes of Avonell.

Except Lorik can't ever find Quinny anywhere in the game, and Elena always seems too mysteriously busy to romp around Avonell with Balt. Lorik's also discovered that the NPCs' AI is so advanced that they're actually self-aware, and some of them are reacting adversely to the revelation that they're video game characters. Faced with an escalating situation and feeling even more alienated from his sister, Balt has to come to some important decisions as to where his priorities lie and who to believe.

I hope to have more updates on the novel's progress soon! Thanks for your patience!
Posted by T. Arispe at 3:09 PM