Fun with costume design for The Voyage of the Kaus Media. I like the idea of Pereni military outfits having a bit of elegant flair to them. 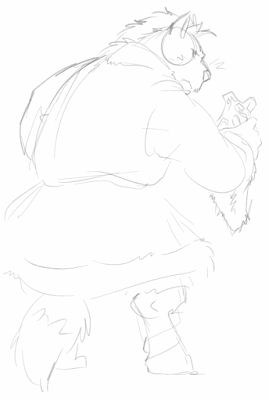 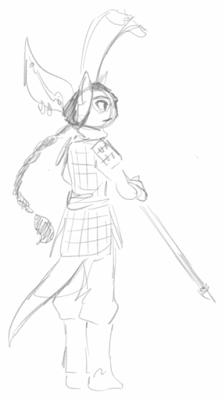 Quick sketches of Wai Ren, Ganzorig, and Min from "The Shadow of Takeryuu". I'm so excited to submit that story to the Neopian Times; I had a ton of fun writing it and hopefully it's a fun read as well. You can't go wrong with a band of Shenkuuvian misfits adventuring across the land, righting wrongs and having character arcs and such. 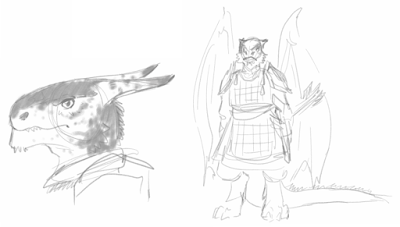 Concept work for King Radnama from The Voyage of the Kaus Media, including some work on Legvellian armor. I've been doing some research on historical Chinese armor, which was absolutely gorgeous and way hardcore, and obviously has been inspiring Legvellian designs as seen here. Legvellian Noblirim carry crossbows and swords into battle, because they're just ridiculous like that. Don't let Radnama fool you, he's really a sweetheart. Just don't mess with anybody he cares about. 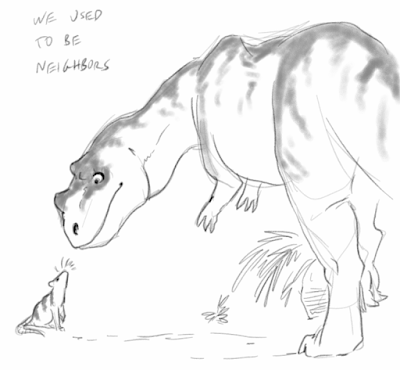 I often tire of paleoart that depicts dinosaurs and mammals constantly at odds with each other, playing on the old theme that dinosaurs tyrannized the Earth until the post-Cretaceous mammal uprising. Not only is it not very happy, but I feel it doesn't really accurately represent the probable real relationship between these two groups. It's not like either of them knew what was going to happen to dinosaurs; they were just living their lives, sharing the planet and trying to make their way in the world. There must have been times when a Ceratosaurus and a mammaliaform simply bumped noses and continued on with their day. 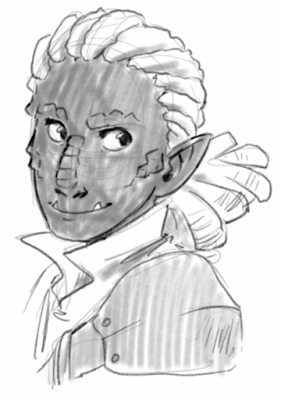 Second-in-Command Iramick from a band of orc mercenaries that I wrote a short story about, and I enjoyed writing about them so much that I'm considering incorporating them into a future novel. I just love the idea of orc good guys, because I think they're so awesome that it's a waste for them to be nasty villains all the time. Iramick serves under Captain Morh, who she's known for many years, and she's become something of an older sister figure to him, someone who nags and teases him but always has his back. I started a portrait of Morh too, but I'll probably finish it next week. Hooray for nice orcs!
Posted by T. Arispe at 3:13 PM

Email ThisBlogThis!Share to TwitterShare to FacebookShare to Pinterest
Labels: art, books, neopets, orcs, paleoart, the voyage of the kaus media