I’m enjoying this Neopian Times series that I’m writing way too much and decided to draw portraits of the heroes (a.k.a. the player characters)! 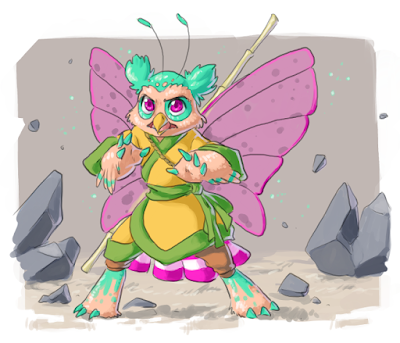 Eun-ji the faerie Vandagyre hails from the Lotus Mountain Temple school of geomancy. She’s been sent on an epic quest by her teacher and even though she doesn’t quite know what she’s doing, she’ll sure try her hardest to save Shenkuu and stuff. She is acutely sensitive to the flow of energy, and although this makes her a formidable opponent, it also causes her to become agitated when furniture isn’t arranged correctly. 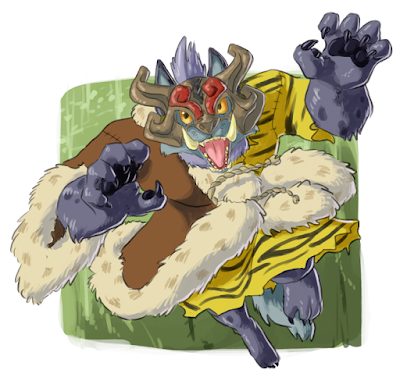 Ganzorig the Werelupe Tyrannian Lupe Tyrannian Werelupe (sure, we’re going with that) has a special talent for carving magic Petpet masks that grant him the abilities of the Petpet in question (he’s wearing his Biyako mask here). Although others’ misunderstanding of this talent has made him brusque and mistrustful, deep down he’s a sweetheart who won’t let rare acts of kindness toward him go unrepaid. 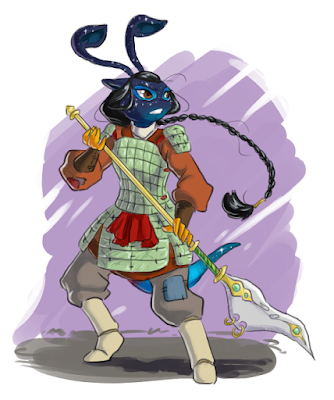 Min’s small, remote farming village has been heavily taxed by the emperor, so she’s borrowed her grandmother’s enchanted jade armor and pudao to trek to the provincial governor’s residence and demand changes. The eventide Aisha is going to pretend like she actually knows how to use a pudao and hope that keeps her out of trouble. 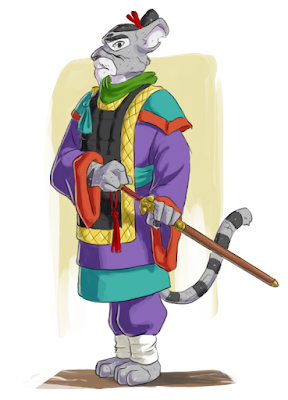 General Wai Ren is renowned and feared throughout Shenkuu for his ability to create animated soldiers out of the very earth beneath him, forming an entire army in a matter of moments. Unfortunately for the relic Kougra, his increasing power and influence have earned him the suspicion and envy of Emperor Takeryuu, who sent him safely away from the Imperial City to oversee a garrison out in the boondocks. Frustrated and feeling betrayed by this turn of events, Wai Ren has decided that the emperor is unfit to rule and is secretly planning a revolt… and he may have found the perfect scapegoats to help him.
Posted by T. Arispe at 6:55 PM