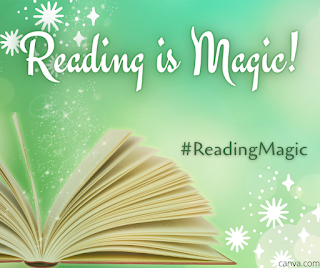 "Do you remember a story you wrote as a kid?"
I still have a story I wrote when I was a kid! Actually, I was 3 at the time and my motor skills were not conducive to writing, so I narrated it to my mom, who wrote it down.
It was actually King Kong fanfiction, where Kong and Fay Wray hung out with their dinosaur buddies, defeated the bad guys, and then ate pie.
... I had a surprisingly good grasp of plot structure for a 3-year-old.
Also, does it make me a huge geek that I was writing fanfic as a toddler? Hrrrrm.
"Is there a book that you’ve revisited as an adult that seemed completely different to you as a kid?"
Perhaps it shouldn't come as a surprise that as I've grown older - and learned more about writing myself - I've become a more discerning and critical reader. When I was younger, I liked just about anything I pulled off the shelf. But I think I was ultimately more smitten by ideas than execution. If the idea was cool, I liked the book, end of story.
Of course, that made for some complications when I tried to re-read some books as an adult and found that I could no longer enjoy a book on the merits of its concepts alone. To me, concept and execution go hand-in-hand to make a complete, fulfilling story.
I think the most radical example of this was probably The Indian in the Cupboard. I loved the entire series when I was a kid and just thought it was the coolest thing ever. I wanted a magic cupboard that could bring toys to life and they were actually real historical people. Imagine all the new friends you could meet if you could do that! Imagine how you could mess with the world's timeline. Hrmmmm.
So when I found the book again as an adult, I was stoked and set to reading it immediately. And... found myself not only unimpressed, but annoyed. What?
Okay, so. I still thought the concept was good. But I found the characters super irritating and exasperating. Perhaps this is because Lynne Reid Banks did a bit too good of a job writing realistic 9-year-old boys, and took care to make them extra impulsive and self-centered.
I also quickly tired of Little Bear's narcissism and Boone's thickheadedness, and I hated how nobody in the story seemed to be able to get along (or indeed see things straight at all) until the last few chapters. All in all, it felt very much like a story written for the same sort of 9-year-old boys as the main characters, which meant it did not appeal to me, a grown woman with a completely different type of personality, past the intriguing fantasy elements.
So, that was disappointing. But I think it also hammered home a good point to me, that a truly timeless story should be able to appeal to everyone, no matter what stage of life they're in and no matter what age range the book is technically marketed to.
"What is your favorite book you were given as a child?" 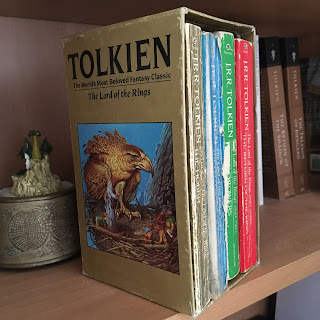 Email ThisBlogThis!Share to TwitterShare to FacebookShare to Pinterest
Labels: opinions